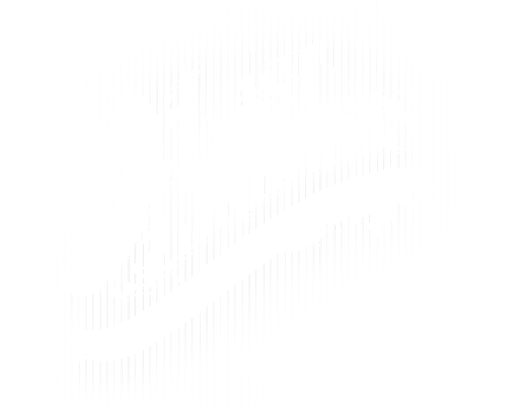 Compelling stories. Bespoke design. Luxurious style.
Each work is on a Shoe-Last, inspired by a real life story. These likenesses are original designs of recognizable traits, painted via abstract-realism— in woodstain.

"The most essential factor is persistence— the determination to never allow your energy or enthusiasm to be dampened by the discouragement that must inevitably come." —James Whitcomb Riley

LAST LIKENESS™
Dapper Dan [Daniel Day] has his own style and wares it with panache. My muse was his savvy in pattern, colour, and accessories. This abstract-realist composition is informed by his plaid ensembles. A lapel is hinted on the left, while a rose lapel-pin adorns the toe. A nod to a pocket square flows out from the slanted pocket-like edge of the vamp, wrapping over the right side.

One of the unique features in this translation of Story to Last-Likeness are the various insect holes in the wood. They had been plugged up with heavy patina. Upon preparing the Last they revealed themselves, curiously linking it to Dap and his twenty years spent “underground”.

STORY
Dap is a haberdasher who made a name for himself in the 80s by refashioning fashion. He gained ingenuity at a young age, learning to gamble and winning big at it. He acquired a taste for luxury with his winnings and began dressing well. Wanting a change, he opened a boutique.

Dap had a vision for marketing to underserved groups in Harlem, gangsters and rappers. His boutique opened in 1982 and shut down in 1992 after unauthorized use of fashion logos in his custom designs led to store raids and litigation. Now put out of business, he pivoted. He didn't give up, Dap went underground.

It came to a head when a large fashion house ‘borrowed’ one of his designs from thirty years earlier. It was called-out on social media by others. With all the press, they worked together and offered Dap an Atelier, in his home of Harlem. He also has a New York Times bestselling memoir. What a lesson in sticktoitiveness. This bespoke fine art piece is a reminder and celebration of what is possible with perseverance.

LAST LIKENESS™
Sue Wong is an American fashion designer known for her glamorous Old Hollywood style. This vintage Last was selected for its classic feminine silhouette, something that is integral in Sue’s fashion work. The two flowing red bands on the front follow the natural hourglass shape of the grain, and mirrors the bands that often appear in Sue’s personal kimono-like wardrobe.

A Chinese Longevity symbol appears on the heel-counter. From it flows an Asian stylized cloud that represents Wong's belief of the Divine within. Red cloth gathers on the left as an emblem of the Craft within fashion. The natural bare tone of the wood peaks out throughout the composition, inspired by Wong's personal elegantly bare shoulder-line. Small dots travel from the back to the front in increments of one (1) to three (3). They tell a narrative of Becoming, or rather, discovering over time the wholeness that one truly is.

Three sets of three dots appear towards the front. In white, then black, and faintly red on the toe. The red dots are faint because they are absorbed by the 'completeness' offered from the grain-rings. It concludes with an overall higher gloss than usual to salute the old glamour of Hollywood.

STORY
Sue Wong was born in China. Her humble beginnings continued when arriving with her mother to the US around age five. With no toys in the family budget she made her own paper dolls and their elaborate wardrobes. While earning her fashion degree in the 1960’s, she interned for a fashion house. 1970 brought a failed attempt in operating a boutique with a friend. She returned to the fashion house in 1976 as head designer and did very well.

In 1979 Wong made a second failed attempt at establishing her own business. Five years later Sue founded her own clothing line in 1984, and it launched the beginning of a successful career. Arguably however, success didn’t start in 1984. The ingredients of success include the failures that Wong didn’t allow to define her, or deter from what she knew she was designed for. She persevered.

Wong’s feminine couture has brought glamour and beauty into the world. This fine art piece represents the perseverance that helped the realization of her vision.

LAST LIKENESS™
For years Harvey’s sartorial approach has been a classic one, and remains a foundation of his style. However, when Family Feud producers lifted the suit restrictions for Him, he incorporated vivid colour from his personal life into his professional one.

My muse was both his sense of colour and affinity for cigars, or as he puts it, his cigar-yoga. [a comedian after all.] This abstract-realist composition nods to Steve’s blue pants and yellow coat with white lining. It features a tobacco leaf on the left side, and cigar smoke wrapping around the heel counter— in woodstain.

For me, the smoke on the heel is an emblem of the uncertainty we face when beginning a journey. The blue on the Last represents the deep dark places a pursuit of a dream can take you. The yellow is a symbol of the laughter Harvey has brought into the world. The white lining is a symbol of the Faith that underpins his life, and the tobacco leaf is the epitome that makes this a true likeness of the one and only Steve Harvey. The button? Well, it’s an emblem of how all life experiences tie together for good, if we persevere. — At 12” (30.5 cm) it is the tallest mounted shoe-last thus far, and also the largest. Handcrafted from a vintage last.

STORY
Mr. Steve Harvey is the son of a coal miner. As a child, Steve had a debilitating stammer. He attended University but never graduated. He ventured down many roads; as an insurance salesman, a boxer, carpet cleaner, autoworker, and mail carrier. His sixth grade teacher asked the class to write down what they wanted to be when they grew up. Steve’s answer was saved for last to reveal to the class, to humiliate him, as he had written that he wanted to be on Television. With his severe stammer, he was unable to defend himself.

Steve made some hard choices in life. Some good. Some bad. There was a time when he was absolutely miserable, knowing he was meant for more. Yet through it all, from living in his car for three years, losing everything he had… twice, and divorced three times, he simply would not quit. He continued pressing forward, and eventually married the love of his life, Marjorie Harvey, in 2007.

That sixth grade teacher had a limited vision for Steve’s life and abilities. Harvey, had to work consistently hard to achieve. Together with faith and gratitude, he overcame the stammer, is a comedian, talk show host, television gameshow host, writer, producer, entrepreneur, and motivational speaker— now living his best life. His story is proof-positive that nothing trumps Perseverance. This bespoke fine art piece is a celebration and reminder of the value in persevering.

If the story or art speak to you, then that is the piece for you. It will be the essential art in your collection that speaks of the indelible human spirit.

Fine Art. Non-utilitarian. Do not be disturbed by markings of wear and age, it is proof of its authenticity.
Digital devices fall short when translating colour.. In real time their understated elegance and depth triumph. All items have had previous lives. Substantial work prepares them as substrates, still some imperfections remain to honor their history. Cracks, holes, dings, rusted or missing hardware, splits, wax, glue, blotches, and more, are all part of their unique character and tell of its authentic story. Like an ancient tree, there is beauty in the aged and imperfect.

With each Last or Last-Curio pairing.